In our series on “Paying Bills After Injury,” we have discussed personal injury lawsuits, workers’ compensation, disability insurance, Social Security Disability, and Supplemental Security Income.  In this segment, we discuss uninsured motorist coverage. 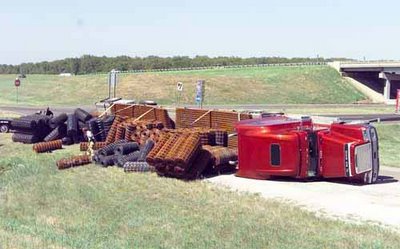 An “Uninsured Motorist Clause” is a provision commonly found in automobile insurance policies that pays compensation to individuals injured by uninsured, negligent drivers.

If you have this coverage in your auto policy, and are injured by an uninsured driver, your insurance company must pay your covered damages (discussed below) up to the uninsured policy limit.  Twenty-one states (including Missouri, Illinois, and Kansas) require  insurance carriers to provide uninsured motorist coverage.

The damages covered by the uninsured motorist provision depends on the language of the policy.  Most uninsured motorist clauses include “Uninsured Motorist Bodily Injury Coverage”, which covers your medical expenses, lost wages, and other personal injury related expenses in an instance where the negligent driver is not insured.

Generally, two types of persons may be considered “uninsured” under an uninsured motorist policy:

1.     Drivers who do not have liability coverage for the vehicle they are operating, and

We recently recovered uninsured motorist benefits for an injured truck driver.  In that case, our truck driver client was injured when he collided with a vehicle that had been abandoned at night on an interstate highway in St. Louis, Missouri.  The evidence showed that the driver and occupant of the abandoned vehicle had been drinking and got into an argument.  The driver claimed that the passenger grabbed the wheel and caused the vehicle to crash into the median.

The passenger was considered a driver of the vehicle because he grabbed the wheel, and there was no evidence that he was insured.  We brought a workers’ compensation claim for our client because he was injured while driving in the course of his employment.  We also sued the driver of the vehicle and our client’s uninsured motorist carrier on account of the uninsured passenger who  grabbed the steering wheel.  The claims resolved successfully and we were able to recover uninsured motorist benefits for our client.

If you have been been injured in a highway accident, contact us at 855-4-HURT-TRUCKER (855-448-7887) or email us at [email protected] or contact us on Facebook or Twitter.  We would be happy to talk with you about your claim free of charge.  We will consider all options for recovering compensation for your injuries, including claims against uninsured motorist carriers.