How Do Truckers Pay Their Bills After an Injury? One Way is Workers’ Compensation 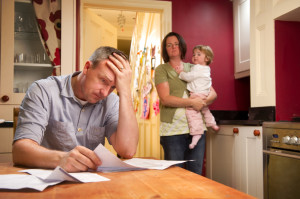 Workers’ Compensation can help truckers pay bills after an injury.

We continue our series this week on “Paying Bills After an Injury” by discussing workers’ compensation as one of the options.

The amount of compensation owed to injured workers is determined by a schedule that is established by each state’s legislature.  Generally,a trucker’s permanent disability benefit depends on his injury/impairment rating (given by a doctor), average weekly wage, and the part of the body that is injured.  For example, if you have an injury to the right arm and a disability rating of 25%, the permanent disability payment can be calculated using that rating plus your average weekly wage.

Workers’ compensation benefits are in important protection for injured workers to ensure that they can pay their bills and receive medical care. These benefits are particularly important in the trucking industry because professional truckers are injured at a higher rate than almost all other workers. In fact, the Bureau of Labor Statistics reports that workers in the transportation and warehousing sector are injured on the job at nearly twice the rate of the average worker. The most common injuries suffered by truckers are sprains, strains, and tears, and the most injured part of the body for truckers by far is the back.

Truckers don’t just suffer more on-the-job injuries, the injuries they suffer are on average much more serious than injuries suffered by other workers.  This means that injured truckers miss more work than the average injured worker. The difference is dramatic. The average injured trucker misses twice the amount of work (and by extension loses roughly twice the income) of other injured workers. What this means is that on average, injured truckers suffer substantially larger wage losses from their injuries and have larger workers’ compensation claims.

Unfortunately, the dangers of the trucking profession also lead to many on-the-job deaths. Again, the difference between the trucking industry and other professions is dramatic. In 2010 alone, 631 deaths were reported in the transportation and warehousing sector, which includes trucking as its largest component. Transportation incidents (which include many trucking accidents) accounted for 25% of all on the job deaths in 2010.